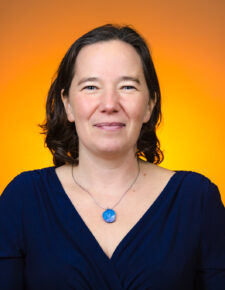 Jesse Moriarity is the Chief Operating & Experience Officer at the Heart of Maine United Way and has been with the organization for over six years now. Her responsibilities include daily operations for the organization, as well as the donor experience.

Prior to United Way, Jesse worked for the University of Maine running their incubator programs and helping entrepreneurs get their ideas off the ground. Her first introduction to United Way came as a young employee at Bangor Hydro-Electric Company (now Versant Power) helping to run their annual United Way campaign. It was there that she saw the power of United Way to not only change the community, but to boost morale and build a happy workforce.

Jesse is also an Innovation Engineering Black Belt, a member of the Bangor Rotary and Treasurer of its Board. When not at work she enjoys running, working out, skiing both downhill and cross country, traveling, and spending time with her friends and family including her husband and three sons.